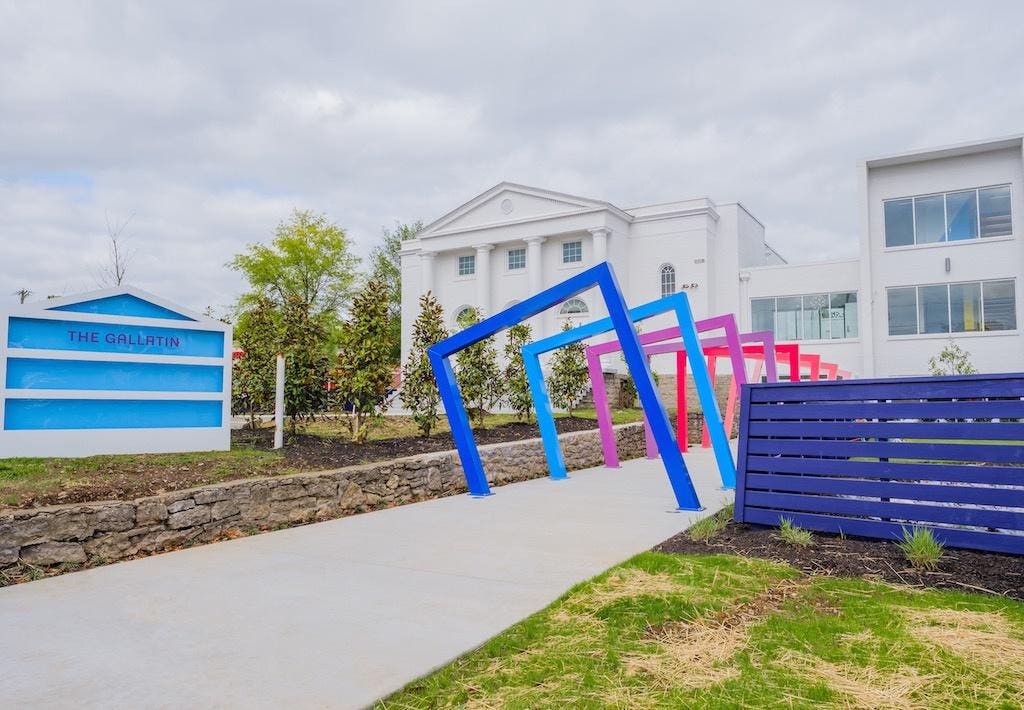 
The Gallatin Hotel in East Nashville is starting its first month with a long-term plan. It will donate much of its proceeds from guests stays to ministries benefitting Nashville’s homeless and underserved communities.

Owned by Anchor Investments, a property management company, the Gallatin Hotel opened on May 14, 2020. As part of its family of hotels, the new boutique hotel will participate in the company’s “Rooms for Rooms” program.

The program gives over half of its profits from average weekend stays, such as at the Gallatin, to help fund relief services provided at one of its four nonprofit partners.

These stays are said to provide 16 nights in a bed, 100 free showers or 30 free meals at either the Nashville Rescue Mission, Room in the Inn, People Loving Nashville and ShowerUp.

“We started our ‘Rooms for Rooms’ program in 2015 with our first hotel in downtown Nashville,” said Micah Lacher, president of Anchor Investments and the project’s developer.

As for the amount given away, Lacher noted that the total varies depending on the season, the rates at the hotel at the time and the guests’ length of stay.

“Our company believes that we are called to live generously and give back to those who need it the most,” explained Lacher. “We give the majority of our profits to a group of ministries that benefit Nashville’s homeless and underserved communities. As our hotel business grows, we will continue to add more partners that align with our mission.”

The Gallatin Hotel is based within a circa 1925 building on Gallatin Avenue that once belonged to the Eastside Church of Christ.

“We bought the church in 2019 after the membership had dwindled and decided to shut down,” said Lacher. “The building has character and architectural interest that would be very hard to recreate with modern construction techniques which gave us a very cool palette to create a one-of-a-kind hotel.”

Its lobby is designed to be worthy of an Instagram photo, complete with a photo booth. Other features range from a first-floor powder room to different common areas plus amenities including complimentary in-room snacks.

In the summer of 2021, the Nashville-based Fat Bottom Brewery is scheduled to open a taproom and events space next door to the hotel.

The Gallatin Hotel operates similarly to its sister hotels, The Russell and 506 Lofts, in using contactless check-in and having a concierge-less business model. Guests are given a key code to check in and check out. Reservations are now available.

Its location in East Nashville also offers much for guests to do. This neighborhood is known as a creative hotspot and its restaurant and bar scene. Along with promoting the region’s locally-owned businesses, Lacher noted that Anchor Investments also wants their guests to know that their stay helps someone who needs a hand.

“Our motto is ‘Stay Here, Change Lives’ and we are thankful for guests who allow us to help those in need in our community.”